Don't miss our presentation "OpenLidar in action" at WESC 2017 in Kopenhagen!Learn more

The optics/scanner module is designed to alter the original laser beam into radiation with desired specification that can be sent to the target and received by the detector properly. It consists two sub modules, the optics and scanner module, the latter of which is optional and depends on the application.

This section includes the objectives and constraints of the Optics and Scanner modules.

1. Must be suitable for the range of optical power delivered by the laser

2. Must be durable enough to withstand the operating conditions of the lidar

This section describes the safety concerns of the Optics and Scanner modules, as well as suggestions for mitigating any possible risks.

The safety concern of the Optics/scanner module centers on the chance of incoming radiation being redirected into the eyes of a bystander. Therefore, any radiation paths throughout the module must be completely sealed from the outside world. This includes both the transmitted beam path and the received beam path.

This section will discuss the main functions of the Optics and Scanner modules and their constituent components. 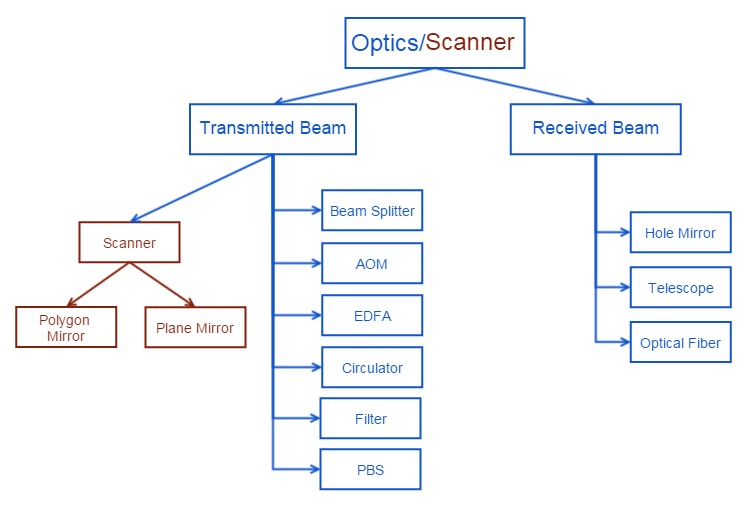 This section will discuss the details of the Optics/Scanner module, including suggestions that may be implemented to accomplish its roles in the lidar system.

This section will discuss the function of each component and provide details on each part. Mirrors are not included in the module, but are commonly used to alter the beam path or reduce the optical design size, which should be considered in the user’s system if necessary.

A list of possible optical devices used during the transmitted beam phase, not including the scanner, contains beam splitter, AOM, EDFA, circulator, filter, and PBS. A beam splitter splits the incident laser beam into two or more beams with or without equal optical power(1), and it is required in the lidar systems to split the original laser beam into local oscillator and the transmitted beam that will be sent to the atmosphere. To determine the direction of the frequency shift and amplify the optical signal, AOM and EDFA can be used respectively. Also, a circulator is used to separate optical signals that travel in the opposite direction in the optical fiber(3), while a filter is used to transmit only a specific wavelength of laser radiation and absorb radiation at other wavelengths(4). Finally, a PBS can divide the unpolarized light into two polarized lights according to the polarization direction(5).

The steering of laser beam can be one-dimensional or two-dimensional. The angular resolution and scanning range will vary based on the rotation and movement of different types of mirrors used. For one-dimensional scanning, the rotation of a polygon mirror can lead to a periodic motion, and this scanning motion is generally controlled by some electronics. As for two-dimensional scanning, it can be done by either rotating one mirror along two axes or reflecting the beam onto two mirrors that are mounted on orthogonal axes. In this case, either flat mirrors or polygon mirrors can be used(6). On the other hand, a list of possible optical devices used during the received beam phase includes hole mirror, telescope, and optical fiber. A hole mirror allows the backscattered beams to transmit through the system, and a telescope is used to collect the backscattered beams from a range of incident angle. For data transmission from the received beam to the photodetector, an optical fiber can be used. 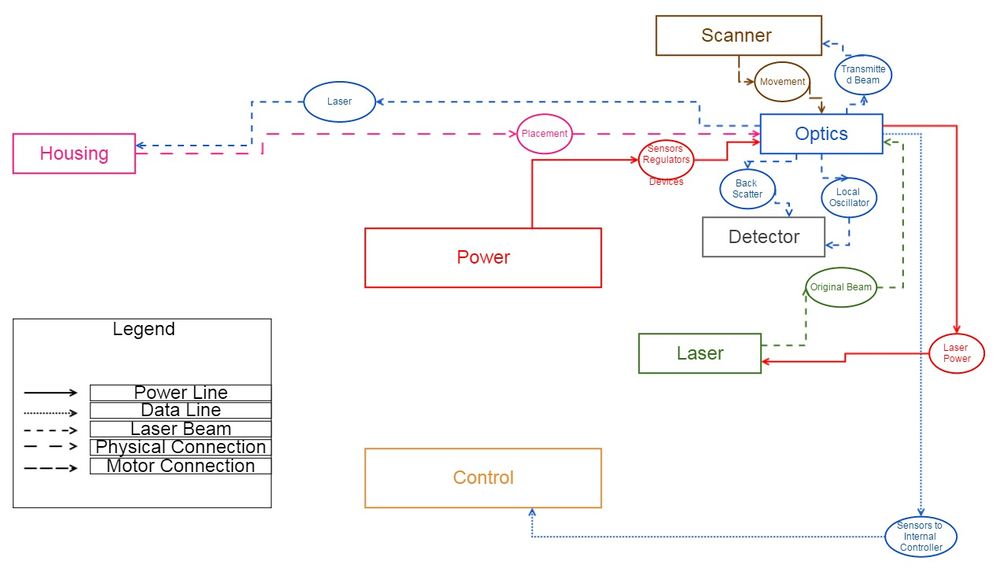 Figure 2: Dependency Map of Optics/Scanner module; details in the table below

Figure 2 shows the dependencies of the Control Module with the rest of the lidar system. The inputs and outputs are described in detail below. The descriptions are colour coded for ease of reading and transferring from diagram to text.

This module is currently in the abstract definition phase.

Software and power diagrams should be created as needed.